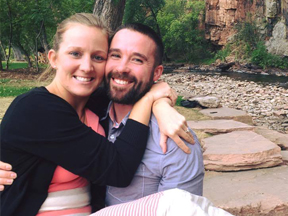 “I lived under the illusion I could start being good any time I wanted to.”

If you were to look at Jake and his family in present day, there’s little chance you could guess his story. It’s stories like Jake’s that fill you with the confidence that God alone is able to take the pieces of a young man’s life with no hope for a future and make them into something beautiful. Let’s back up and introduce you to Jake.

Jake has the kind of story many have heard, but only a handful experience. At the young age of 14, while kids his age were simply excited to jump into teenage life, Jake jumped right into the party scene and began drinking every weekend. It was at this age he was arrested for the first time. A year later, finally old enough to work, Jake had a job but saw potential to make more money buying and selling drugs as a means of income. This led him to quit his job and become a drug dealer. By the sweet age of 16, he began using stronger drugs like cocaine. At age 17, he graduated into using prescription narcotic painkillers.

At age 18, only a few months after Jake’s high school graduation, he was arrested for fighting on seven accounts: two felony accounts for assault, two misdemeanor accounts for assault, grand theft auto and a DWI. “In one form or another, rebellion and pride in my heart would take everything from me.”

When someone was seriously injured in a fight Jake was involved in, jail time followed. He served his jail sentence. Afterwards, he joined his brother in business while on probation. For a time, drug use slowed, but the addiction still consumed him. When probation ended, Jake started using again harder than ever. The addiction led to having to close the business. “I was using so hard I couldn’t function and when I wasn’t using I would withdrawal so hard I couldn’t function.”

With his life spiraling downward, addicted to drugs and alcohol, having a failed business, and his girlfriend and daughter threatening to leave, life began to feel meaningless.

At the end of his rope, he desperately searched to find a treatment center that would accept him. He knew he needed to change and he hated his addiction. Tirelessly filling out application after application and calling everywhere he knew, doors continued to slam in his face. It was then that he uttered a prayer to God in desperation for Him to do something.

On August 29, 2014, Jake had been accepted into a program and arrived in California to begin treatment. The weeks following led to withdrawal pains that were indescribable: Hallucinations, high blood pressure, having to be checked on multiple times throughout the night.

From time to time, different speakers would visit the treatment center to talk about different things that would be applicable and encouraging to recovering addicts. Jake was feeling better so he decided to get up and attend one of the sessions, but he left feeling disappointed. He had heard it all before. While walking back to his room, a guy named Mike approached him.

Mike confirmed to Jake what he had already been feeling, none of the people in the treatment center could help him. He told Jake he needed to pray.

“Pray?” Frustrated by the encounter with this man, Jake walked away from him; however, he couldn’t get what he said out of his mind. There was something about this man. He had fire in his eyes and Jake had to hear what he had to say.

Later in his room, Jake got on his knees and prayed the one thing Mike had told him to pray, “Thy will be done.”

September 9th, at 4:33am in the morning, Jake remembers waking up and looking directly at the clock. He describes feeling surrounded by incredible peace crying tears of joy. Many times he’s awoke in the middle of the night but never had this happened to him before. It was at that moment he tasted life he hadn’t felt in years.

This encounter began a journey that led Jake to salvation in Jesus Christ. It transformed his life, changed his emotions, restored relationships and his family. Now married with a beautiful wife and three joyful girls and a baby boy, being mentored by Godly men, faithfully attending New Creation Church, and helping to give leadership to men’s ministry, Jake’s life is a miracle and testimony of the mercy and goodness of God.

“Jesus did the one thing for me that I couldn’t do for myself…He gave me a new nature. He rescued me from myself.”